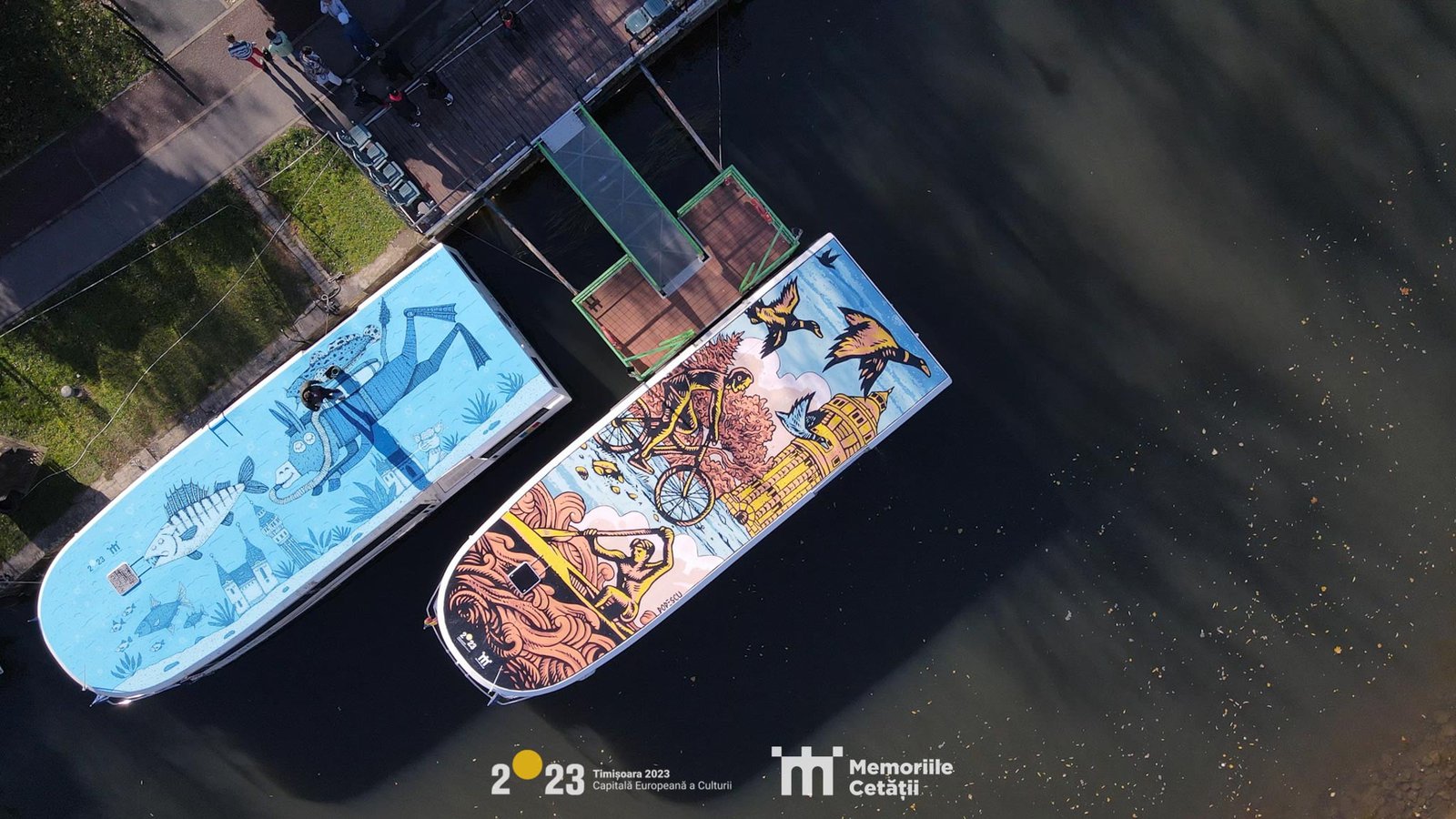 „Memories of the City” - Bega Canal, between the past and the future

„Memories of the City” - Bega Canal, between the past and the future

Timișoara is reborn through projects such as “Memories of the City”, which switches the attention from the city center to all its peripheral neighbourhoods, and proposes to strengthen the relationship between people and the stories of the city.

Memories of the City moves the artistic center to places where the inhabitants take their children to school, where they do their shopping or where they live. Whether we are aware of it or not, we share fragments of memory with the streets we walk on, with the gates we pass through, with the people we know, or even with those who are strangers to us.

The project started in 2018 with the celebration of the Centenary of the Great Union, and since then it has been addressing a new theme every year. In 2019, 30 years after the Revolution, the memories and energy of those times were brought forth through large murals, comics in tram stations, artistic interventions on trams, political theater performances and concerts. In 2020, artists from all over Romania tried to capture the spirit and history of Timișoara through 12 large murals and later on, in 2021, Bega became the center of attention for artists, pupils and students.

In 2021, under the theme “Bega Canal, between past and future”, the activities were grouped around three major components:

was launched in 2018, with 23 permanent interventions carried out so far (large murals on blocks of flats, interventions on fountains and on the top decks of public transport motorboats). In 2021, interventions were carried out on 5 of the 7 water motorboats operated by Timișoara Public Transport Company (a total area of ​​approx. 300 m2). The artists were selected by open call by a jury consisting of: Corina Nani, teacher, artist and street art expert, Adrian Condoroș, landscape expert, and Mihai Danciu, architect.

The 5 selected works were:

26 pupils, 8 students and 4 teachers from the Fine Arts Highschool in Timișoara, under the coordination of teachers and artists Horațiu-Christian Pavelescu, Mihai Zgondoiu, Corina Nani and Western University of Timișoara, transformed over 200 square meters in works of art using various techniques: mural painting, artistic pottery and graffiti art. This component of Memories of the City aims to stir among students of art, from various specialisations, an interest in urban regeneration and community building through street art.

Street poetry - The minute of poetry

Carrying on last year’s ideas, 2019’s (Spoken Word), and 2020’s (Street poetry - with temporary interventions in the form of stencils in 60 intersections all over the city, which later inspired other similar interventions in the cities of Galați and Bucharest), this year, poetry floods the urban space on radio stations, in cafes, bookstores, shopping malls, theaters and corporations. 26 contemporary poems selected by Bogdan Munteanu were recorded in the reading of the actors Laurențiu Pleșa and Alina Ilea and broadcast daily for a month.

Memories of the City aims, among other things, that in 2023, residents and visitors could explore the stories of the city based on urban art interventions made over time. The site memoriilecetatii.timisoara2023.eu, updated in 2021, brings together, in one page, all the interventions and events carried out so far under the umbrella Memoriile Cetății.

In 2021, the project benefited from the expertise of the FISART (International Street Art Festival of Timisoara), the pioneering festival of street art in Timisoara.

Stay up to date with the Memories of the City projects now and in the future. Follow the web page and social media.