About Timisoara - European Capital of Culture

Over the centuries, Timisoara and the Banat region have flourished, fuelled by the energy and ingeniosity of its citizens from all over Europe. Over 30 different cultures have lived here for generations: Romanians, Germans, Hungarians, Serbs, Croats, Italians, Spaniards and Bulgarians. Orthodox, Catholic, Jewish, Protestant, Lutheran, Reformed, Muslim and other denominations also practice their religion in peace and freedom.

In 1771 Timisoara printed Temeswarer Nachrichten, the first German newspaper in Central and South-Eastern Europe. The first public library and the first film screening were here, and now the city has three state theatres in three different languages. From 1880 to 1914, Timisoara was the most important industrial, commercial, financial and cultural city in the region, admired for its artistic excellence in music, literature, painting, sculpture and architecture, as well as for its technical and scientific innovations.

The civic vigour of the inhabitants of Timisoara, which propelled the anti-totalitarian resistance during the 20th century, was accredited as “the spirit of Timisoara”. The years following the political changes of 1989 showed that the values that shaped its personality suffered from the pressure of rapid demographic change.

Today, Timisoara is still a city of friendly people living together in peace, with over 40,000 students in eight universities, a vibrant creative sector and several prestigious cultural institutions. It benefits from economic development, especially in the automotive and IT&C fields.

In 2016, the city won the title of European Capital of Culture for 2021, so Timisoara wants to become a place where cultural excellence gives its citizens self-confidence and the power to cause change through participation and involvement. Over time, we have proven that we can initiate transformations at crucial times. Our goal presently is to restore the capacity of citizens to initiate changes and contribute to a revitalised Europe.

Shine your light! Light up your city!

Shine your light! Light up your city! is an invitation to embark with us on a Journey through light and dark spaces, a long and often laborious process of change and personal development towards a collective sensitivity.

Sometimes, radical changes start on the street corner. In 1884, Timisoara was the first city in continental Europe with electric street lighting. In 1989, the sparks of the Revolution against the Ceausescu regime ignited on the streets of Timisoara. And in 2021, we will be the European Capital of Culture and want to share our aspirations with the rest of Europe.

Throughout its existence, Timisoara has been a city of sparks that have stimulated transcontinental transformations. He was the soul and promoter of the region, the bridge between the Austro-Hungarian Empire and South-Eastern Europe. In difficult times, its citizens have united and inspired others to do the same. Through its diaspora, spread across the continent, Timisoara interacted with other Europeans who experienced similar challenges from various perspectives. It is our ambition to fulfil this potential and to develop it within the European Capital of Culture 2021.

Light has played a major role in the history of Timisoara, both from a practical and symbolic point of view. Thus, the fact that our art programme is centred around light is not surprising at all. “Shine your light - Light up your city!” is the motto that reflects the journey from individual to conscious and involved European citizen, in which community values and passion are rooted.

The motto is, in fact, an invitation to a double mobilisation: on one hand (Shine your light), you invite citizens to dare to express their values and attitudes, described metaphorically as an “inner light”, and on the other to use this light to remove the darkness and passivity around them through a civic process fuelled by culture.

To us, the European Capital of Culture is a robust process, not an event. The cultural programme for Timisoara 2021 is built around people, the places where they live and meet, and the way they establish connections with each other, with their surroundings and the continent they live on.

We aim to set the civic energy in motion. Starting from the vivid and powerful metaphor of light, we want to “export” the values we believe in to other cities in Europe, to stimulate an open, visionary attitude among citizens. The campaign slogan is the essence of our message: Shine your light – Light up your city!

The purpose of the Association

Timisoara 2021 - European Capital of Culture Association was founded in 2011 by 63 founding representatives of the public and independent cultural environment, and academics, journalists, business representatives, opinion leaders or citizens. The association is a non-patrimonial, non-governmental, non-profit, apolitical and independent organisation with a cultural and educational character.

Since its founding, the Association has aimed to prepare the application file of the city for receiving the title of European Capital of Culture. After winning the competition, Timisoara was designated European Capital of Culture for 2021 and the preparation of the cultural programme for 2021, event planning, ensuring coordination and implementation of measures necessary for their development, and raising funds for the organization, promotion and implementation programme become the main purpose of the Association. After 2021, the Association will aim to support and develop cultural projects for the benefit of the community in the idea of sustainability. 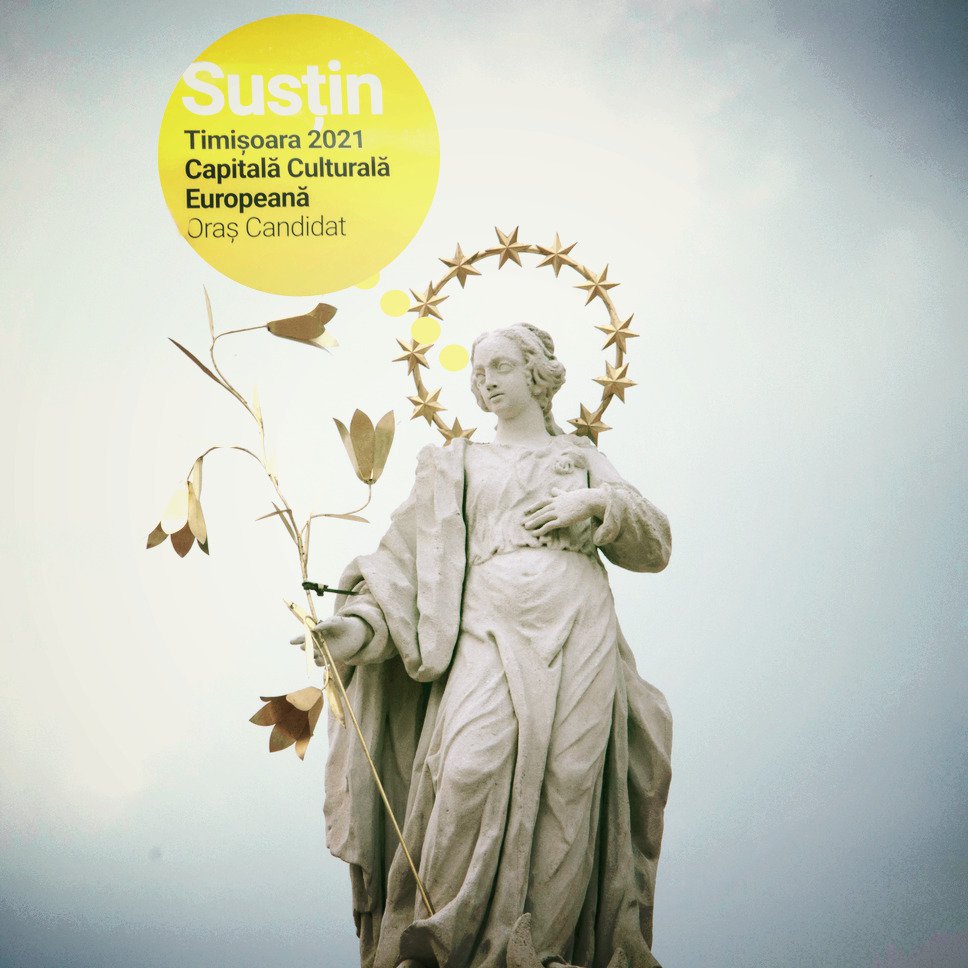 Objectives of the Association

These goals will be achieved gradually. Our concept is built on patience, rooted in a sense of urgency.

The mission of the Association

Timisoara 2021 - European Capital of Culture Association undertakes its mission to effectively contribute to the creation, support and promotion of a dynamic, diverse and inclusive area based on the multicultural, educational, historical and civic values of the community, valuing identity, diversity, creativity and the cultural avant-garde of Timisoara as engines for sustainable community development.

We intend to reopen the discussion about the future of Timisoara, and we propose a journey similar to the one of the city, fuelled by a set of values that distinguish it: its intercultural and multiconfessional richness, entrepreneurial skills of its citizens and civic spirit, but this time in a contemporary European context. 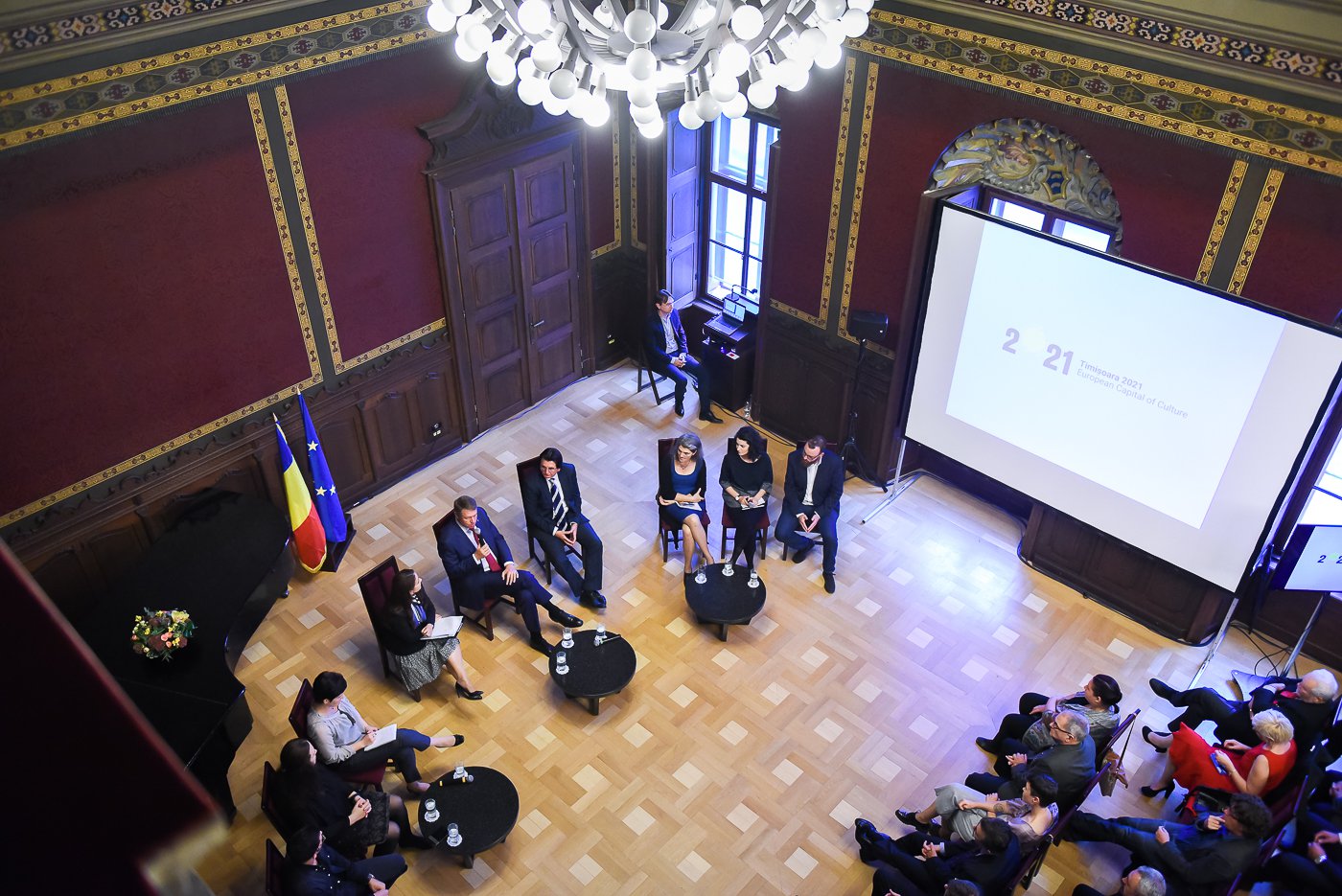 In our view, an active European citizen is inclusive, involved, responsible, technologically competent, confident. By culture and cultivating creativity, people rediscover their connection with other communities and regain a desire to take their future into their own hands.

Our destination is the legacy it leaves behind the ECoC year. At the end of the journey, the citizens of Timisoara will benefit from an invigorated civic energy, further confronting the issues of the city as active European citizens, connected to others.